Ever wonder why chocolate turns white? It's not getting moldy. In fact, the white stuff is just another form of chocolate crystals, called Chocolate Bloom.

Cocoa butter molecules stack themselves into many different forms of crystals, and some are more stable than others. (Think of the difference of strength between a single Lego tower and an interlocked Lego wall.) When you melt the chocolate, the cocoa butter cools into crystalline forms that are less stable. Cocoa butter gets pushed out of the chocolate structure and reforms into white crystals.

Chocolate bar at the end of The Great Melting Race 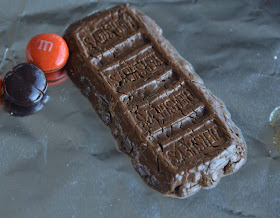 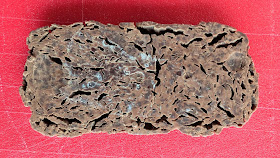 Broken chocolate: notice the fissures where the chocolate has separated 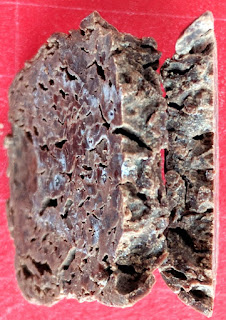 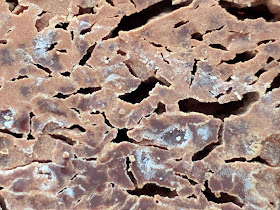 Comments will be displayed after they are approved.